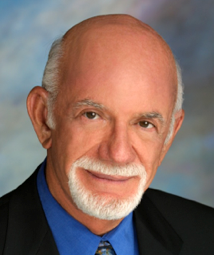 Who is Dr. Hendricks?

Dr. Hendricks has practiced Weight Management & Obesity Medicine, also known as Bariatric Medicine, in Roseville and Sacramento since 1989, nearly three decades. His expertise in caring for patients with weight problems is well known both in Northern California, across the U.S. and internationally.

Dr. Hendricks is widely regarded as an expert in his field by Bariatric Medicine specialists across the globe because of his research activities, his published scientific papers on obesity treatment, and his many lectures and presentations at Physicians Symposiums of the Obesity Medicine Association, at The Obesity Society (TOS) Research Meetings, and at the American Board of Bariatric Medicine (ABBM) Annual Review Courses.  In addition, he was an FDA appointee to the FDA Endocrine and Metabolic Disease Advisory Committee.  The FDA committee that advises the FDA on new drug approval for new obesity and diabetes medicines.

Commitment to Excellence in Patient Care

Dr. Hendricks is committed to providing cutting-edge, state-of-the-art obesity management medical care to our patients. He devotes many hours weekly to staying current with new research findings, to conducting research studies with our patients and to writing research papers with colleagues across the U.S.  With this information at hand, Dr. Hendricks upgrades our obesity management methods when other methods prove more effective, and he consistently looks for proven new methods.

Dr. Hendricks believes we (Obesity Specialists) have a moral obligation to our patients and society as a whole to analyze our results, to report them in the medical literature, and to contribute to improvements in treatment. Many of our patients have and continue to participate anonymously in research studies.

Dr. Hendricks has received numerous honors throughout his career. These have included a four-year Full Tuition Scholarship at Rice University in Houston, Texas, awards at Rice of Phi Beta Kappa, the national collegiate honor society, and Sigma Xi, the national collegiate research honor society, and a four-year medical school Dean’s Tuition Scholarship at Columbia University in New York City. During his postgraduate training in Pathology at the University of Minnesota, he held a Fellowship from the National Institutes of Health.

During his early career as a pathologist, he was named to the Board of Directors of the California Society of Pathologists and was elected as President of this Society in 1986. After changing specialties from Pathology to Bariatric Medicine, he became an active member of the American Society of Bariatric Physicians (ASBP, recently renamed the Obesity Medicine Association or OMA) and The Obesity Society (TOS).  He has served terms as a trustee on the governing boards of OMA and the ABBM.

In 2009, the ASBP honored Dr. Hendricks by selecting him as the Bariatric Physician of the Year. The ASBP is a national medical society of physicians specializing in obesity treatment.

In 2010, the ASBP acknowledged his leadership and research contributions to the field of obesity treatment by naming him an Honorary Fellow of the ASBP. In the 52 years the ASBP has existed, only 20 other physicians have been awarded this honor.

In 2010, The U.S. Food and Drug Administration (FDA) acknowledged Dr. Hendricks to be an authority on pharmacotherapy for obesity treatment and appointed him to serve on the FDA Endocrine and Metabolic Drug Advisory Committee, a panel of experts that advises the FDA on anti-obesity drugs.

In 2011, The ASBP awarded Dr. Hendricks with the Vernon B. Astler Award for his efforts as an ASBP member to advance ASBP’s place and purpose to the media, government and medical community, as Dr. Astler did in helping guide the society to secure a seat in the AMA House of Delegates.

He was instrumental in convincing the OMA that it should create the Obesity Treatment Foundation.  He currently serves on the Board of Trustees of the Foundation.

American Board of Obesity Medicine

American Board of Pathology

Three months from today, you'll be glad you made the decision to start!